When you need a neurologist, you can stay close to home and still get top-notch care. Experts at Indiana Regional Medical Center (IRMC) provide both inpatient and outpatient treatment for nervous system disorders.

People see our neurologists for a variety of concerns. We diagnose and treat conditions such as:

IRMC offers advanced therapies that you can't find anywhere else. We're pleased to provide treatments like EMG for neuropathy and botulism injections/trigger points. We also offer EEG and VNS therapy to treat seizures. 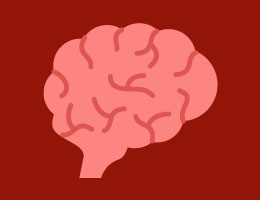 Stroke is a leading cause of death and disability in the U.S., but it can be treated. How much do you know about stroke?

The neurologists at IRMC have advanced training and an extensive breadth and depth of knowledge. They're always learning and finding new therapies that can help our patients.

No matter what concerns bring you to one of our neurologists, you can expect care that's tailored to your individual needs.

At your first visit, a nurse will take your vitals and talk about why you're seeking care. Then, you'll visit with the neurologist in their office–not an exam room.

A neurological exam can include assessment of cognitive function, cranial nerves and motor strength. Our specialists will also look at sensation, reflexes, coordination and gait.

Our focus is you and your family. We're here to be your partner throughout your diagnosis and treatment.

This Week in Health

This Week in Health delivers the latest health news to your inbox every Friday.